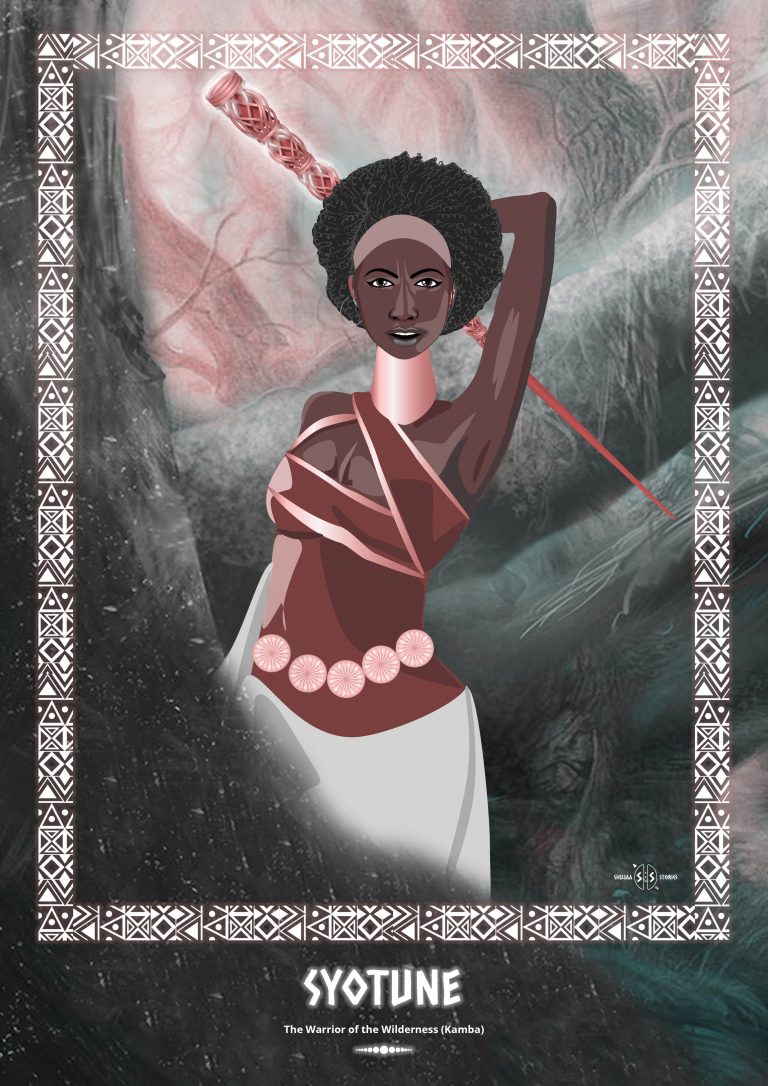 The Warrior of The Wilderness (Kamba)

Syotune wa Kathuke was among the first women to form a women’s resistance movement against colonial domination.

She was born in the mid-18 hundreds in UKambani. Like her peers from the same region, the revered prophetesses Syokimau and Syonguu, Syotune was a strong leader.

Throughout history, the Kambas were feared for defeating their enemies using traditional religious practices and supernatural powers.  One of their outstanding practices was  the Kilumi, a frenzied dance which was performed by women delivering sacred chants, in the course of the exorcism of evil spirits,  conducted by men.

Between 1911 and 1913 Syotune wa Kathuke used the dance effectively to mobilise women  to demonstrate their opposition to colonial rule and to spark off a major anti-colonial movement. Assisted by a man known as Kiamba, she headed an organization known as Ngai Ngoma or The Dance of God. She also recruited women spies who informed her of those who were collaborating with the colonial administration.

With her forces in support, Syotune ordered people not to pay the hut and poll taxes enforced on them by the British colonial government. The people refused to work as porters and demanded the return of cattle which had been confiscated by the colonialists. They also demanded the exit of all Europeans from Kenya and the return of land that had been confiscated for white settlement.

Syotune ran her organization successfully for at least two years. Eventually, the colonial administrators saw it as a political threat and sent troops to suppress it, by force, and arrest her. Syotune was exiled to Kismayu for two years. She later escaped and returned to her people, a hero.