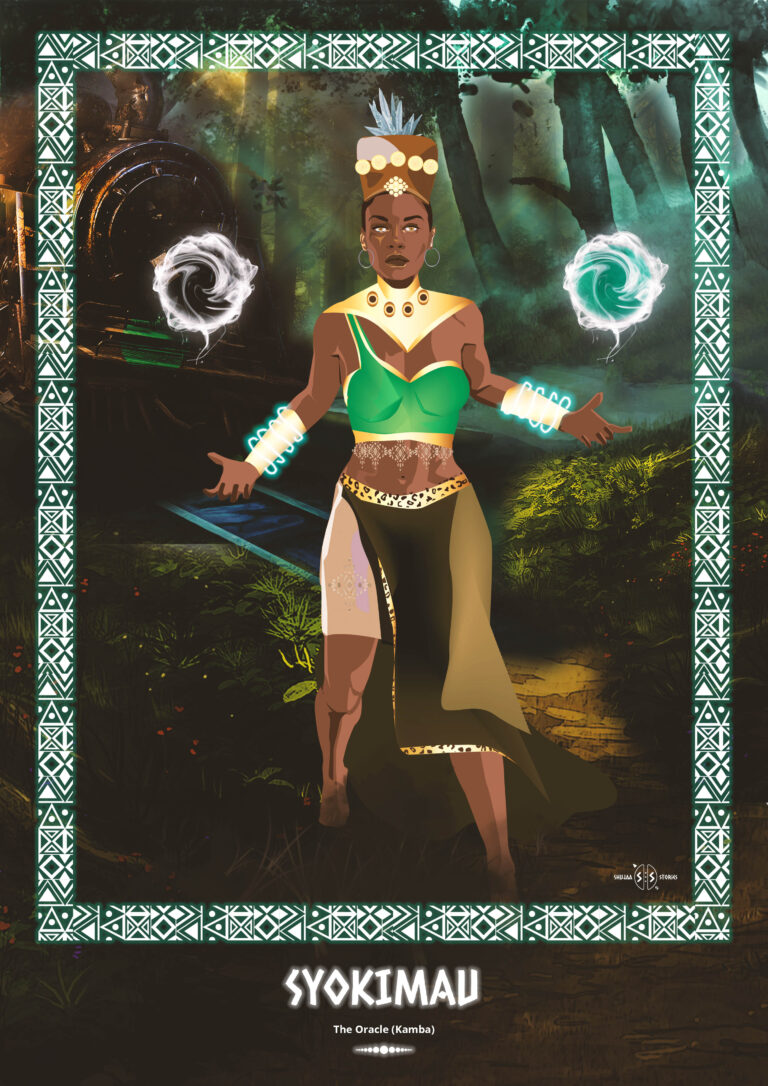 Long before the coming of the white man, among the Kenyan tribes’ possession of supernatural powers was greatly revered. Among these tribes only a few individuals could rival Syokimau of the Akamba in prophetic powers.

Syokimau was born and raised in Iveti Hills, near what is now Machakos in the 1800s. Besides being a prophetess, she was a great medicine woman. Her people held her in high regard because it is claimed that she could predict if other communities such as the Maasai and the Gikuyu would attack giving Kamba warriors enough time to prepare to defend themselves.

She is said to be the greatest Kamba prophetess that ever lived because she prophesied the coming of the White men and the building of the railway line with unmatched accuracy. In her prophesy she saw a long snake spitting fire and smoke as it moved from waters to other waters. From it came out the people, their skin like white meat and their words nonsensical like the chirping of the birds. In their pockets, she said, they carried fire with them, everywhere they went. Foretold somewhere in the mid-1800s her prophesy about the coming of the white men was probably before all the prophets that followed in later years. She also foretold the coming of a generation that would behave in strange ways. This generation would talk like weaverbirds claim to be wiser and break traditions. They do things that were considered taboos. Surprisingly, would even build houses on top of one another!

In the 20th century, her prophesy did come to pass. The long snake that spit fire and smoke, was the Kenya-Uganda railway line that began at the coast in Mombasa near Indian Ocean. The railway snaked across the land to the then Port Florence that is now Kisumu, home of the Lake Victoria. The strange people with skin like white meat were the White people, the colonialists and their so-called nonsensical words was the English language. The strange generation that was prophesied is our generation. We have after all built houses on top of other houses, the skyscrapers we see.

Syokimau died in mysterious circumstances that even her people could not explain. Her tribesmen claimed that she died and resurrected twice before dying for good the third time.

It is later said that, Syonguu wa Kathukya, another prophetess from Athi River was so amazed at her prophesy that she named the place that is now called Syokimau after her. There is a statue of Syokimau at the new Syokimau Standard Gauge Railway station to celebrate this great Kamba prophetess and medicine woman.

Syokimau predicted the railway and skyscrapers – did she imagine that a railway station near the skyscrapers would be named after her? Syokimau railway station is also near Nairobi National Park, the crown jewel of Nairobi. Can we imagine that lions, giraffes, ostriches and eagles can be seen living wild within the city limits? Nairobi National Park is a heritage that we need to guard and protect, even if there is a railway running across it.