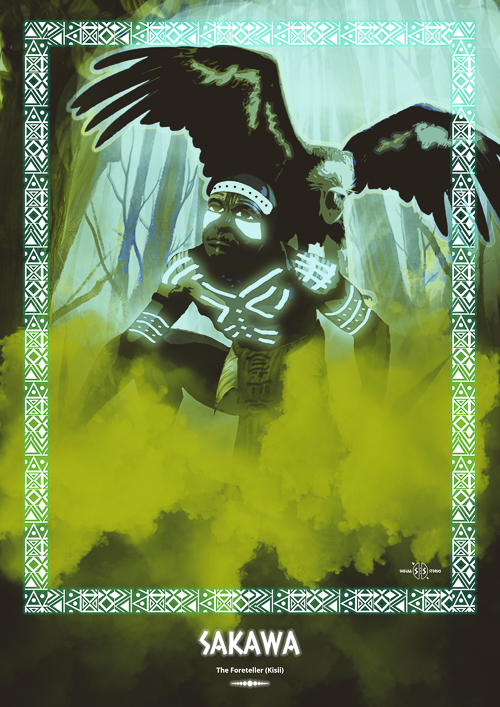 Sakawa was born around 1840 at Kitutu Chache. He was one of the most prominent seers of the Abagusii people and was said to have supernatural powers.

One of his most famous demonstrations of his supernatural powers was when he helped the Abagusii defeat well-trained and experienced Kipsingis warriors who had raided them to restock their livestock. As the raiders marched to Kisii from Sotik, Sakawa is alleged to have sent vultures that flew over the intruders making some of them uneasy, wanting to call off the raid. Even then, they advanced and stole a lot of livestock from Abagusii who were unprepared.

Unknown to them, Sakawa had sent his spies ahead. When the Kipsingis raiders reached Manga escarpment with the stolen livestock, they were attacked much to their surprise and were defeated. This victory made the Kisii so bold that they immortalized the heroes who carried out the attack at Manga. The victory also earned Sakawa, already the best of Gusiiland’s prophets a permanent place in the people’s hearts.

Sakawa prophesied that red people with cooking sticks would descend on Kisii and disarm the warriors. He also predicted where a police station, hospital and other buildings would be built referring to them as madengere, the Abagusii word for white mushrooms. He also added that these mushrooms would benefit only those who bore sons. The mushrooms are also interpreted as the coming of the white man who would benefit those who had sons. Sakawa also warned the Abagusii against resisting the white man, counsel that seems to have been ignored in the early 1900s.

The prophesies came true when the Europeans started disarming Abagusii warriors from 1905 and during the second world war that started in 1930 ending in 1945.The other prophesy also came to pass as shown by the recruitment of twelve sons of chiefs who were exposed to education by the missionaries and were among the first to benefit from the white man’s civilization.

Sakawa’s final moments are full of mystery. His grandson’s account implies that he predicted his own death.  Other accounts say that he died at his home and was buried with his belongings. Yet again, others say that he mysteriously disappeared in 1902, sitting on a stool in his hut. After his death, a funeral ceremony was held to honour him but his body disappeared the following day, leaving only his stool and the skin that had been used to wrap his body. AThe most accurate account however is that he did in fact die and was buried in Gesoni where a tree marks the site of his grave.

Legend says that Sakawa sent vultures to frighten the enemies. In the past, vultures were seen as scary – feeding on those who die in battle. Cartoonists still draw vultures as the “bad guys”. Today, however, we know that vultures have a really important role in nature. Vultures eat up dead animals and stop the spread of disease. Vultures are useful, important – and in danger. Vultures get killed when they hit power lines, or when herders poison carcasses to kill lions. We need to change our attitude towards vultures and help them to survive.