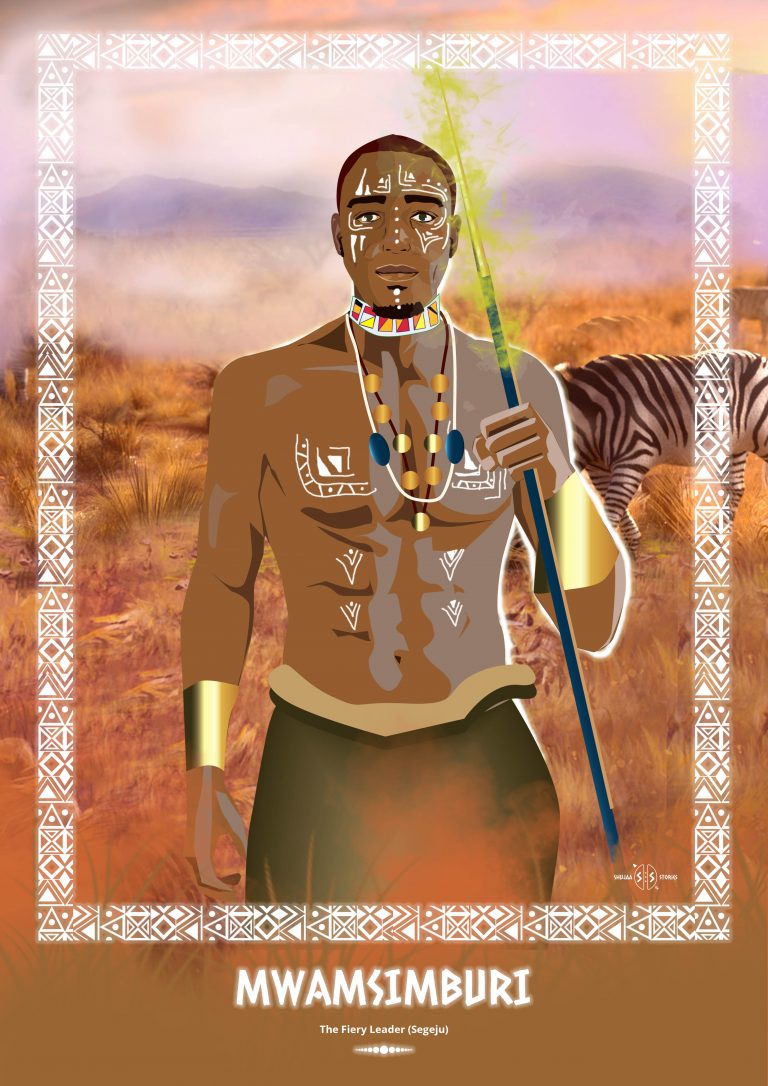 In the 16th century, the Wasegeju people inhabited an area north of the Tana River known as Shingwaya. It was around that period that a vicious band of marauders known as Wazimba marched north from the Zambezi, plundering and pillaging up the East African Coast. Wazimba threatened the town of Mombasa and were met by an army of 3000 Segeju warriors led by Mwamsimburi.

Picture this scene. The warriors stand in position. Their muscles aching in anticipation but they held their ground, waiting for Mwamsimburi’s signal and soon enough they heard it. They leapt forward as their war cries rent the air. The 3000 Segeju warriors attacked the Wazimba marauders and a few days later, the ground was soaking up the blood of the Wazimba. The Wasegeju had won. The year was 1580.

Oral tradition states that using his skills and experience from defeating the Wazimba, Mwamsimburi later led the Wasegeju westward up to a place near Voi.  escaping the treacherous plains of Tsavo and protecting them from the marauding lions. They built shelters using branches of trees and grass to shield them from the rain and from the sun it was too hot. They hunted animals for food and ate wild fruits along the way, enjoying the view of the open, vast land of Voi and the Taita hills on the beautiful blue horizon.

The Wasegeju then split into three different bands. One band travelled south to the Tanzania border and crossed the Umba River to their homeland in Tanzania.  Mwamsimburi led another band that later came to settle in the foothills of the Usambara Mountains at a place called Bwiti. The last band of armed Wasegeju men marched along the coast, defeating and evicting the Digo and Bondei people who were living there. These men took Digo wives and settled along the coast in the present Vanga area.

The Wasegeju honour Mwasimburi and his story continues to be told through generations.

The Taita Hills, sometimes also spelled as Teita Hills, are a mountain range located in  Taita-Taveta, in south-eastern Kenya. The hills consist of three massifs: Dawida, Sagalla in the southern side of Voi township and Kasigau in the south, near the border of Tanzania. The Dawida massif is the largest and tallest of the three, with an altitude of 2,228 metres (7,310 ft) above sea level at its highest peak, Vuria. Dawida has three other main peaks: Iyale, Wesu, and Susu.