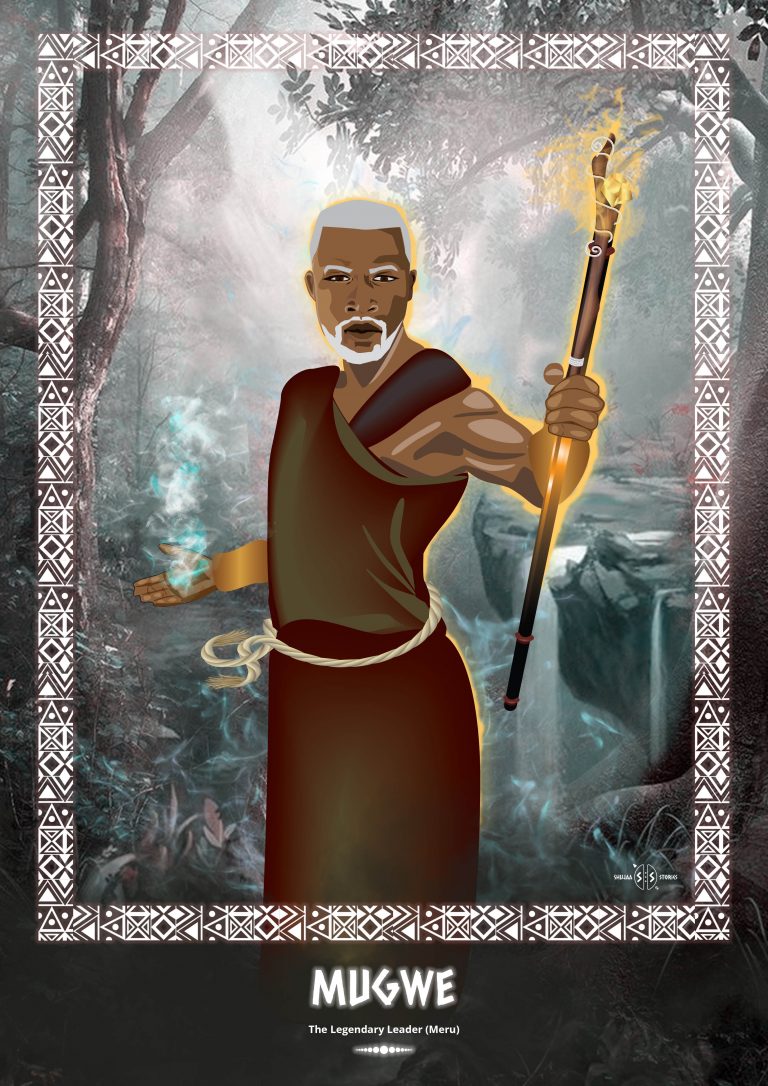 The Meru are a Northeastern Bantu group composed of nine different sub-communities. Before the colonial era the name Meru referred to only five of the nine sections; the Igembe, Tigania, Imenti, Miutini and Tharaka. The divine leader of the Meru people was called the Mugwe. Each sub- community of the Meru had their own Mugwe. The Mugwe were respected persons who made sacrifices and performed healing on behalf of the community.

The Meru, believe that they came from the land of Mbwa in the south and settled in the North of Kenya. They believe they were led by the great Mugwe. Mugwe had magical powers and was believed to  ‘see’ far. He was symbolically associated with the west because it was believed that Mugwe could not die. It was therefore at his dwelling place that the sun set.

Mugwe held a significant position in the society and because of that, the people focused on him. He was not to do any work or be involved in wars. He was fed and all his needs were taken care of by the community. His presence and rituals were important. His responsibilities were to protect his people from enemies, keep off drought, famine and diseases.

Mugwe also had a dual nature of sovereignty: he performed the complementary functions of both priest and king. This was crucial in ordering the social life of the people  by the dualistic notions of religious authority and secular power.

The power of the Mugwe was hereditary and was handed down from father to son within the same family for generations. With the arrival of Christianity, the cultural rites and functions of the Meru have faded. The tradition of the Mugwe has now almost disappeared. By 2019, there was only one remaining Mugwe – that of the Tharaka.

7 Steps of becoming a Mugwe: