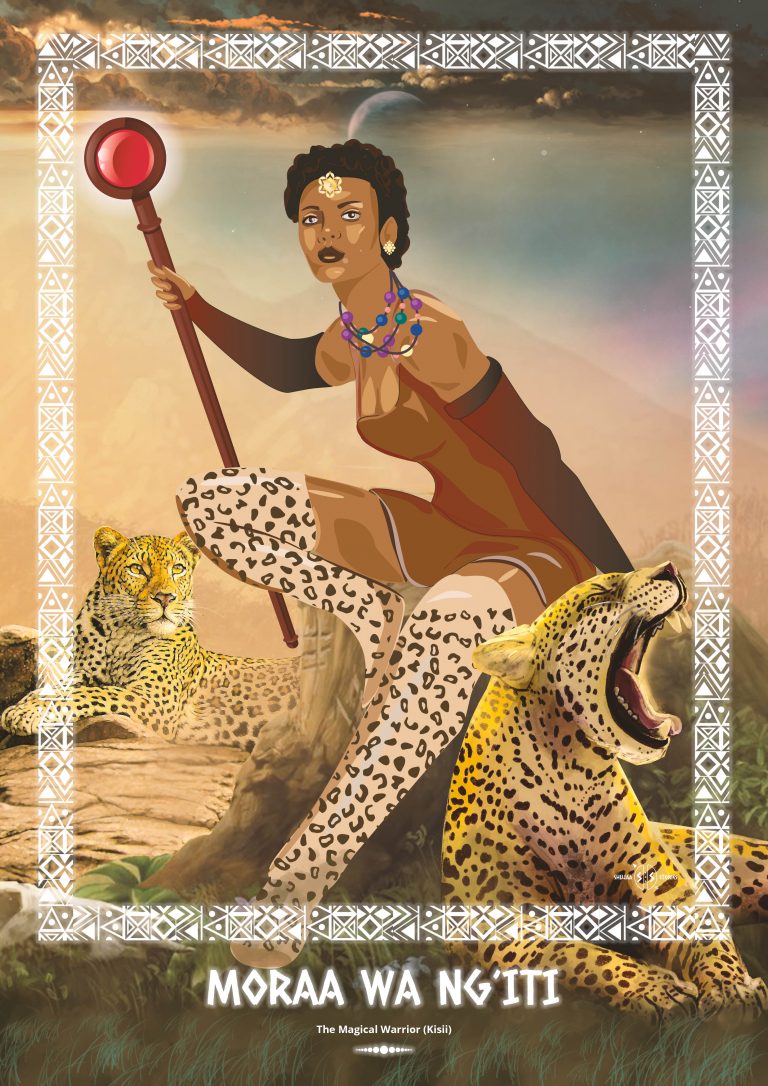 During the pre-colonial period roles between men and women were clear-cut. Men were protectors of their homes and owned the lands. Women bore children, tended the farms and took care of the children. Women were not supposed to speak before men. But there was one woman who did not subscribe to this narrative when it came to opposing the colonial rule in the land of the Abagusii. Her name was Moraa wa Ng’iti. of the Kitutu clan.

Moraa was born  in the mid-1800s. She was married to Ng’iti, a reputed healer. Moraa was a brave and outspoken  activist of her time.  She prophesied that the Abarumbasi or Europeans would settle in Kisii  and take the people’s cattle and land. Moraa also foretold that a local man by the name Ombaati would betray the Abagusii. That is why there is a proverb among them:  “Chaga osire/ buna Ombaati aasirete’ meaning Die the same way Ombati did. In 1907, her  prophecy became true.

The Kisii were invincible in war. For many years they terrorised the British colonialists as well as the surrounding communities with frequent and successful raids. The British would hit back by shooting and killing men, women and children who showed resistance. A few Kisii chiefs gave in to pressure and collaborated with the British but Moraa wa Ng’iti relentlessly incited her people to revolt.

In 1905, the colonial army, swore vengeance against the Abagusii rebellion. They killed hundred of  people, burned homesteads, seized livestock and destroyed crops. Geoffrey Northcote was one of the Britons most hated by the Kisii people for his ruthless killings of locals. He is quoted to have once said this of Moraa when asked what he thought about the Kisii “Oh ! They’re peaceful enough but it is their high priestess that causes me anxious moments. She has been aloof and broods, with anger in her heart and suspicion,”

Moraa could not stand what Northcote was doing to her people. So, she came up with a plan. She incited the entire community, telling them that Northcote was a sick man because only very sick people were yellow or white in colour. She then urged her nephew Otenyo Nyamantere, one of the best warriors in the land, to lead an attack on Northcote, whom he wounded in the process, but not fatally. At first, things went well for Otenyo’s forces. However, the British called for reinforcements and began a man-hunt for Otenyo. They finally caught up with him and he met death by execution.

A new operation was mounted; this time to capture Moraa wa Ng’iti herself Moraa was betrayed by local collaborators with the British who revealed her whereabouts. She was arrested and tortured but she never renounced her resistance to British occupation. And hence her fame

Brave warriors of the past defended their land against the invaders. Today, we need to protect our lands against other forces: logging, charcoal making, soil erosion, drought and flood. If we don’t stop these threats they will control us. Where forests have been cleared, soil is washed away. Where wetlands have been drained, floods fill our homesteads. Let’s protect our forests, wetlands, hilltops and riverbanks!