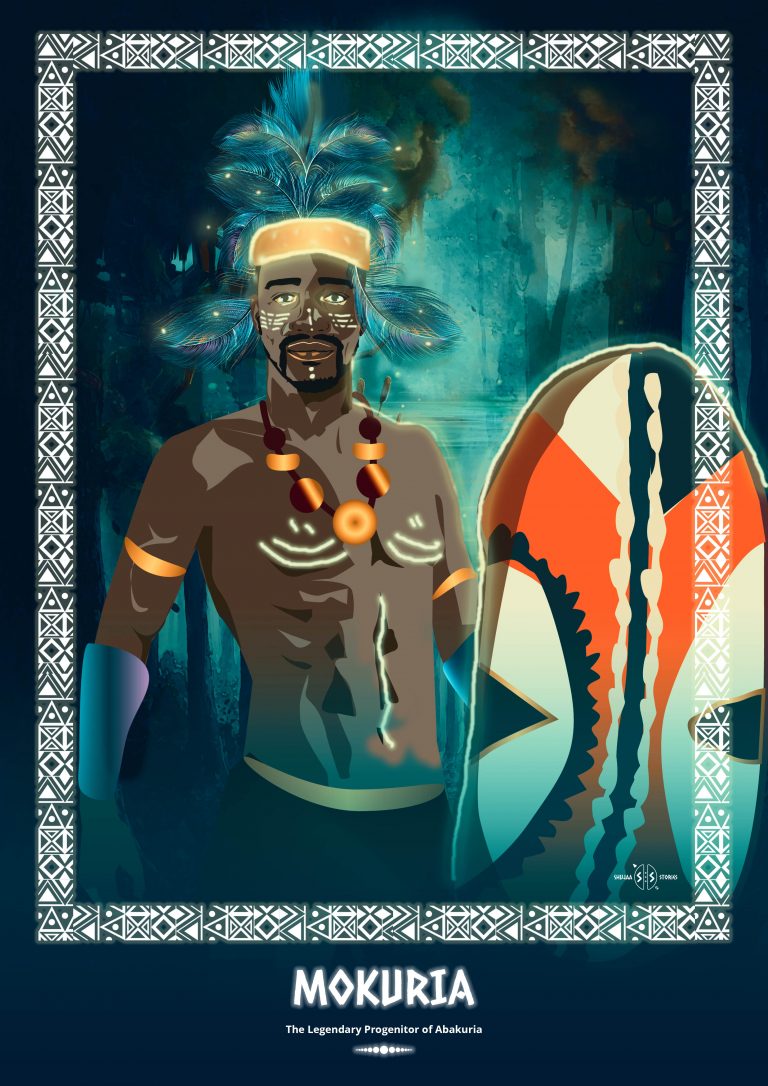 Mokuria’s descendants migrated from Misiri and after many years of wandering on the other side of Lake Victoria, they eventually reached and settled in the present day Bukuria. Between 1774 and 1858, the Abakuria people led by Mokuria, were living in Musoma district in present Tanzania. They settled in a hilly area north of the River Mara then known as Korea hill

Mokuria was a seer, a medicine man and giver of law and customs. One of the unique customs Mukuria bestowed on his people was Nyumba Ntobu. Under this custom, Kuria women were allowed to marry each other, but for a specific reason. It was done for women who could not have children of their own so that they could still have a family. The marriage between two women is a unique Kuria custom called Nyumba Ntobu – “house of women”. This marriage had no romantic ties. Another custom he bestowed is that an older widow who does not have any male descendants should marry a younger woman who does have or will potentially have a son. That way, the son will inherit the older woman’s land, and ensure that her lineage does not fade away.

The Nyumba Ntobu became more common as the Kuria population grew.
Mokuria authoritatively mandated Kuria people to practice circumcision for both sexes at the age of around 13 years, just when puberty began. After the cut, circumcised boys or girls were led back home by fellow villagers amidst singing and dancing.

Mokuria gave Abakuria rich traditions and historically centered on a ritual cycle that individuals and the community underwent. As a rite of passage, circumcision became a central institution in the lives of the Abakuria people. It marked the transition from childhood to adulthood, and changed the status of the individual and his or her family. Abakuria knew that after undertaking this rite of passage, marriage was next. Traditionally, marriage between 2 youngsters was arranged by the fathers. After the agreed bridewealth had been paid by the groom’s family, the marriage was arranged within three months.

Mukuria loved music, and that might be why music was also a big  part of Abakuria life. The community boasts of musical instruments such as the Zeze, an African violin and the Ritungu, similar to a lyre with eight strings, and was made out of wood and animal skin.

One of the instruments that the Abakuria love playing is the Zeze. Zeze is a stringed instrument from Sub-Saharan Africa. It is also known by the names tzetze and dzendze, and, in Madagascar, is called lokanga voatavo or lokango voatavo. It is similar to the violin but has one or two strings, made of steel or bicycle brake wire.