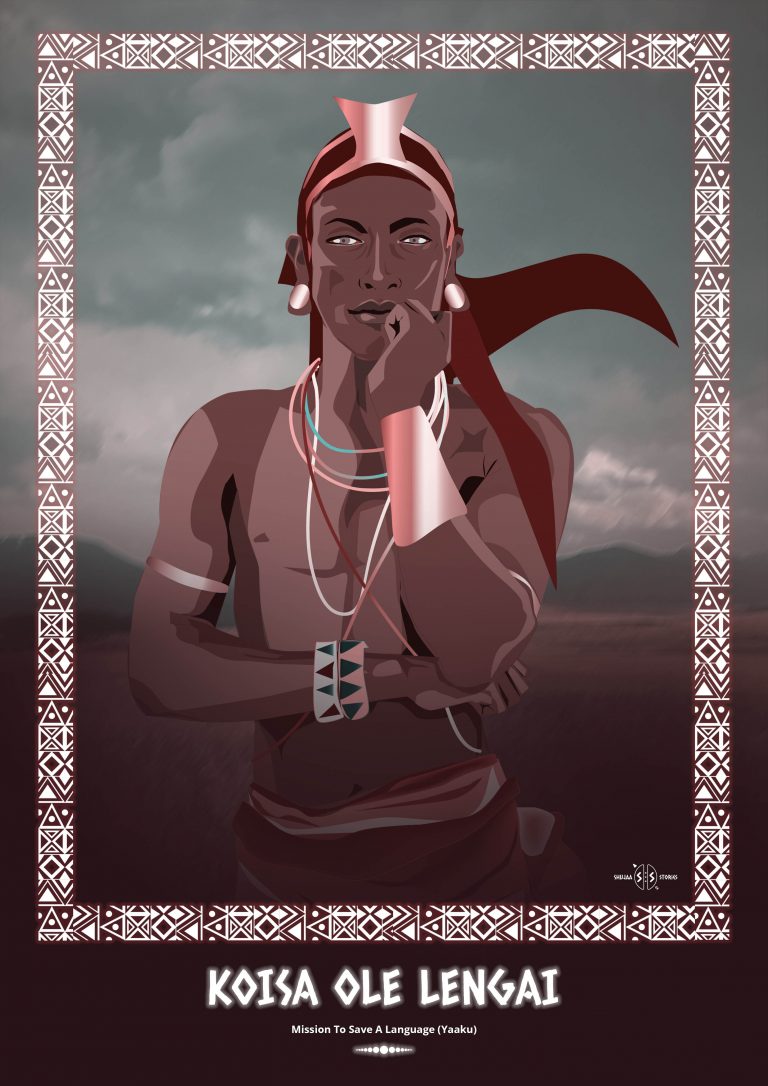 A Mission To Save A Language (Yaaku)

The Yaaku, are a people who are said to have lived in the region of southern Ethiopia and central Kenya, possibly through to the 18th century. The language they spoke is today called Yaakunte. The Yaaku assimilated a hunter-gathering population, whom they called Mukogodo, and the Mukogodo adopted the Yaakunte language. However, the Yaaku were later themselves assimilated by an agricultural  population and they lost their way of life. The Yaakunte language was kept alive for sometime by the Mukogodo who maintained their own hunter-gathering way of life, but they were later immersed in Maasai culture and adopted the Maa language and way of life.

By the mid-1900s the Yaakunte language was facing extinction as only 7 elders could speak it fluently. In response the Linguistics department of the University of Nairobi was convinced to reach out to the Yaaku to save the language. Koisa Ole Lengai a Yaaku man volunteered to lead the revival of the Yaakunte language at the university by  studying, recording and archiving it.

The year was 1960 when Koisa ole Lengai finally left his village to travel to Nairobi. The excitement flowing through his veins was electric and he wanted to climb the tallest tree and scream at the top of his lungs. The world needed to know that he was on a mission to revive the Yaakunte language.

However, after only two weeks in Nairobi, Lengai disappeared and the mystery surrounding his disappearance has never been solved. But his efforts to revive the Yaakunte language were not in vain. Even today in the 21st century, groups of Yaaku are continuing the effort to revive the language.  They established the Yaaku People Association in 2003 which is dedicated to preserving Yaaku  culture and the Yaakunte language. The association has written a Yaakunte dictionary and has set-up monthly classes for young Yaaku to learn their language .

Although the dreams of Koisa ole Lengai were never realised, he will be remembered as the first Yaaku who sparked the revival of the Yaakunte language by teaching it in a formal educational institution.

The Yaaku are known to be honey gatherers who are located in Laikipia County and are related to the Rendile. However, they have been largely assimilated by the Samburu. Originally the Samburu were afraid of bees. Legend has it that the Yaaku taught the Samburu the benefits of honey and how to gather  honey. Honey is a good source of antioxidants, it contains antibacterial and antifungal properties, it’s used to heal wounds, help with digestive issues and sore throats.