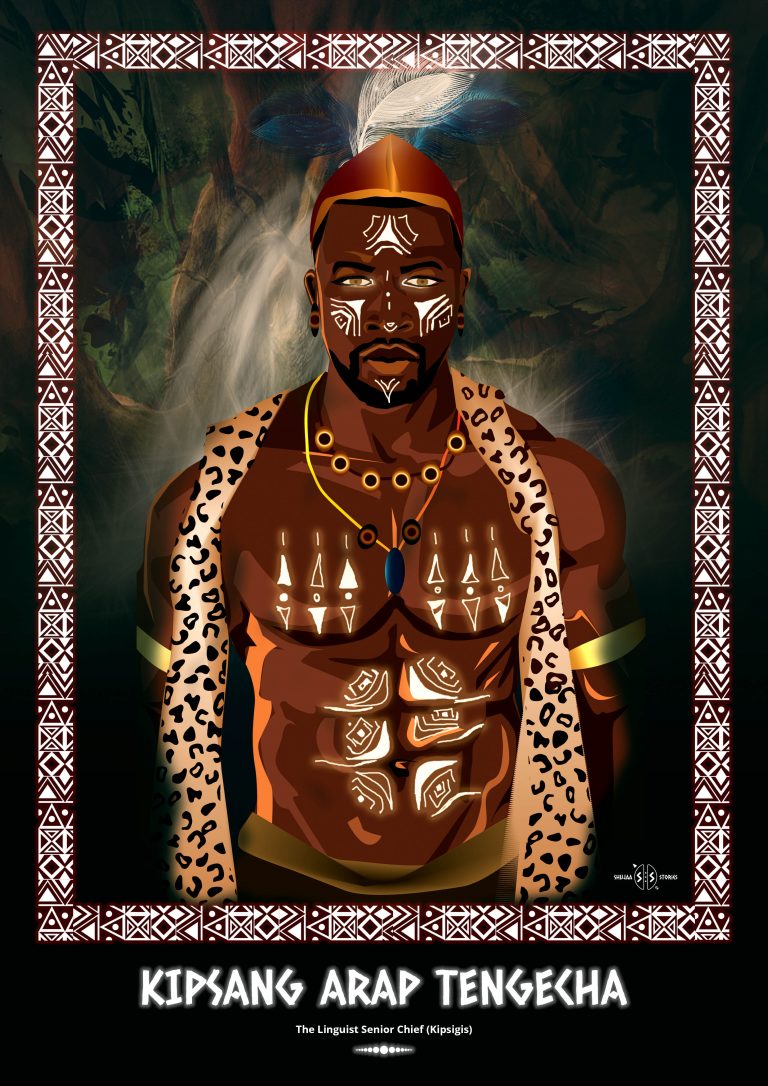 Kipsaang araap Tengecha, alias Cherbogei was born to Tengecha arap Leel and Tamusok chepo Mososwo in Masarian village, present day Kericho County in the 1880s. He was circumcised into the Nyongi age set and learnt to read and write without any formal education. Kipsaang arap Tengecha is remembered for many things. He was a polyglot who spoke fluent Kipsigis, Maa, Ekegusii, Dholuo, Kiswahili and English, abilities which led him to be employed as an official government translator for the colonial government from 1921 to 1934.

Kipsaang arap Tengecha was an early advocate for the equitable distribution of land when he himself refused to accept that large tract of land allocated to him by the colonial government. Kipsang recognised that this offer was  a product of his privileged position and instead insisted that he receive the same portion as other members of the community.

Tengecha initiated the construction of Kapkateet historical grounds where landmark meetings and decisions are made even today. He taught his people the importance of protecting the environment through planting of trees. He also personally instructed two pioneer agricultural assistants Elijah arap Ng’asura and Chelogoi arap Kormom to establish a tree nursery where people could obtain seedlings for free.

Kipsaang arap Tengecha was instrumental in laying the foundation for the development of his community. He allocated land for educational institutions including the famous Tengecha Boys High School and Tengecha Girls High School which even today are among the top performing schools in Kericho county. He helped establish health institutions and in 1944 he built the first shops which laid the foundation of what is today known as Kapkatet town.

Tengecha Boys High School and Tengecha Girls High School are among the top performing schools in Kericho county. Kericho County is home to the best of Kenyan Tea which is renowned worldwide for its taste. Some of the largest tea companies including Unilever Kenya, James Finlay and Williamson Tea are based here. It is also home to the popular Kenyan Ketepa brand.