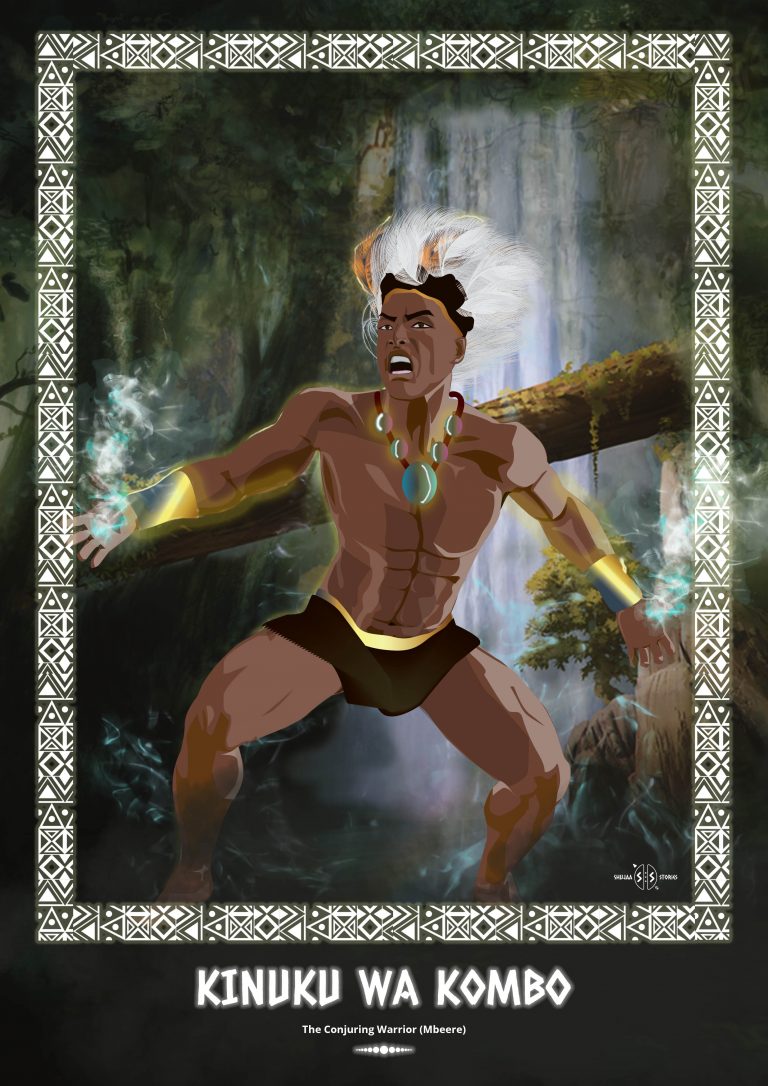 The legendary Kinuku wa Kombo lived in Mbeere South in Machang’a, near the Kamburu Dam. Kinuku had strength comparable to none in the whole of the Mt. Kenya region! He is said to have pulled a live mature bull Hippo from River Tana. He also possessed potent magical powers which he used to empower the arrows of Mbeere warriors such that when the arrows were shot, the enemy became paralysed and went into a trance!

Legend goes that, in his time, Kinuku wa Kombo was in charge of ceremonies for the two senior age sets among the Mbeere, Thathi and Nyangi. These agesets assumed control of the Matiri or sacred groves. The senior age sets accessed their respective sacred groves under the watchful eye of Kinuku.  He also determined the appropriate time for sacrifices. In addition, the agesets maintained the groves prohibiting cultivation or the cutting of trees. These acts, that were seen to violate the sacred groves,  were considered mugiro or taboo and the violator was expected to provide a goat for ritual slaughter as penance.

Kinuku wa Kombo oversaw all facets of Mbeere culture including the selection and recruitment of warriors, leading the community in the various spiritual sacrifices that were believed to ensure prosperity and good health of children and livestock and he oversaw the relationship between the senior age sets.  He protected the Mbeere from the Akamba,  the Tharaka and the Agikuyu and Maasai.

Kinuku wa Kombo was feared and loved. Through his extra-human powers, he ensured the prosperity of the Mbeere. His fame went beyond the borders of Mbeere land.

Mbeere territory, comprising more than 1,500 square kilometers lies in the southeastern part of Embu County and falls away from Mount Kenya along a northwest-to-southeast gradient. It is a region with variable rainfall, soil types, and vegetation and is divided into three ecological zones. Two of these zones are high potential for agriculture and support banana, millet, sorghum, beans, and drought-resistant maize.