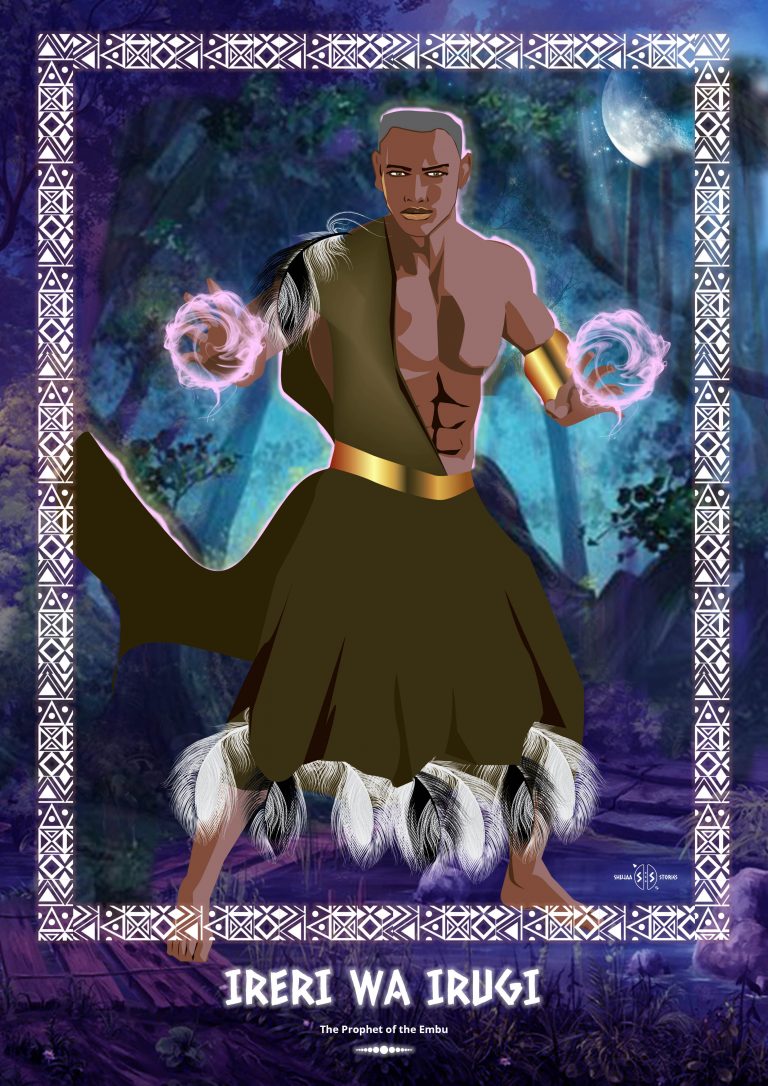 The Prophet of The Embu

In the 19 th century, many seers in Kenya predicted the coming of the Europeans. In the Mt Kenya region, one such seer was Ireri wa Irugi who hailed from Embu. Ireri foresaw the coming of the white men through a dream.

The Embu are a Bantu-speaking people, closely related to the Gikuyu of Ndia and Gicugu to the west, the Mbeere and the Kamba to the southeast, and the Chuka and the Meru to the north.

These communities share common ancestry and origins. Despite speaking a Bantu language (Bantu came from central Africa), the agricultural Embu and Mbeere are among the few people of Kenya  whose oral traditions locate their origins within Kenya. This origin is to the southeast of Kirinyaga (Mount Kenya), close to their present day location.

Ireri wa Irugi (“wa” stands for “son of”) was perhaps the most famous of all the prophets. It is said that he communicated directly with Mwene Njeru (God), and that was why he was able to prophecy future events.

In another prophecy, he warned people about strangers coming from the east. towards Kirinyaga

(Mt. Kenya). They had with them an iron-mouthed animal that would be used to collect all

nations (ethnic groups)  and make them helpless. The coming of the British soldiers from the eastern side of Embu land, and the subsequent conquest of the Embu, is seen as the fulfillment of that  prophecy.

Ireri had other mysterious powers. He could appear and disappear at will. He did this whenever he was threatened or foresaw danger.

Mount Kenya is the second tallest mountain in Africa and the tallest in Kenya. It is a World Heritage Site surrounded by beautiful scenery. It has lakes, tarns, glaciers, dense forest, mineral springs and a selection of rare and endangered species of animals, high altitude adapted plains game and unique montane and alpine vegetation. It is a good site for  mountain climbing, camping and caving with the mountain’s rugged glacier-clad peaks providing the perfect backdrop.