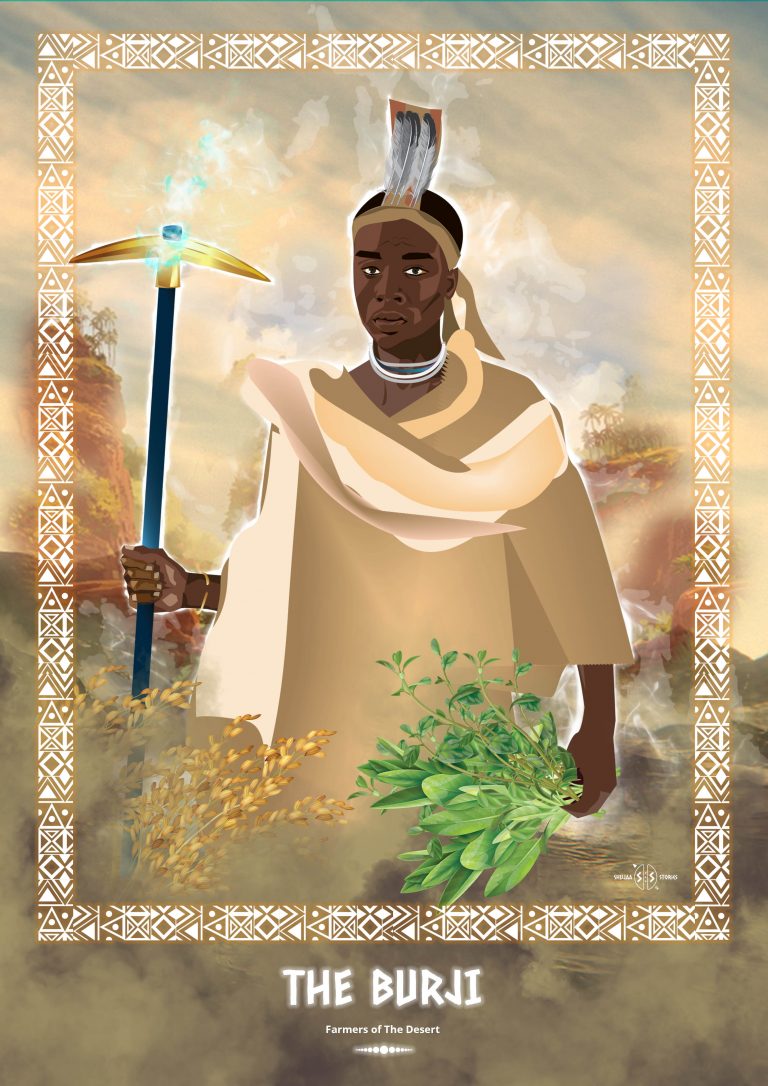 A long time ago, in the 16th Century, Burji and their cousins Borana and Konso lived happily in Liban in Southern Ethiopia. Because of the close bond that existed between them they are sometimes spoken of as “the three brothers” or “companions in fate”. Together, they carried out an annual sacrifice for the well-being of the land. The cousins took turns to provide a sheep for the purpose. They prepared their sacrificial sheep in advance, by preserving it in a special place for it to fatten.

One day, during the Borana’s turn to provide the sacrificial sheep, the Konso did something that would change the relationship between the three cousins forever. The night before the sacrifice took place, the Konso stole the Borana’s special sheep, ate it, and threw the bones in front of the Burji’s door. This made it look like the Burji had stolen the sheep.

The next day the annual sacrificial ceremony did not take place; instead a joint meeting was called to investigate the theft. The Burji did not come to the meeting because he was the Liban elder and also because he had a clear conscience. The affair grew into a serious conflict and finally, the angry Borana drove the Burji and Konso out of Liban. Before they were driven out, however,  important spiritual ceremonies had to be done under the Gada order, whose origins were in Liban. They each declared separate activities for their clan’s survival. They then set off to their new settlements in different areas of what is today referred to as northern Kenya.

The Burji swore to be farmers, to feed the Borana who had chased them away from Liban, with grains of life. From Liban, they carried with them African Moringa and various species of sorghum. They settled in Boohee Burji and perfected their love for agriculture, and became expert farmers. To date the Burji are highly regarded as agricultural experts famous for their skills and ability to farm the arid lands.

Good agriculture is paramount to the survival of humankind. The Burji are referred to as expert farmers due to their skills in farming arid land. As climate change leads to lower and more erratic rainfal, many farmers can learn from the Brurji who have already developed ways of farming that are effective in the arid lands.