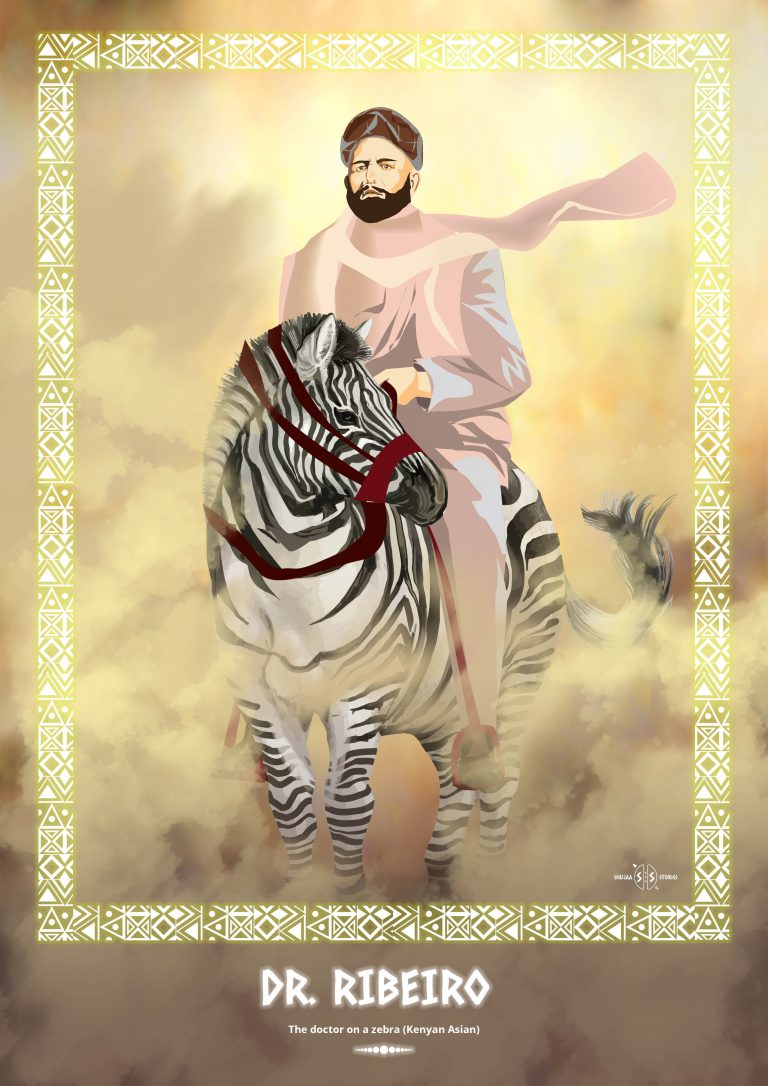 The Doctor On A Zebra (Kenyan Asian)

Dr. Rosendo Ayres Ribiero must have looked very strange whenever he went about his medical missions. Perhaps it was the fact that he was an Asian man in a predominantly black country, or perhaps because he rode neither a horse nor a donkey but a zebra. In those days, zebras were crossbred with horses to breed fever-resistant mules.

Rosendo Ayres Ribeiro was a Goan man who came down from India in 1899, at the request of the Imperial British East Africa (IBEA). He operated under a tent, in the township that Nairobi city was at the time. It was under that tent that he invented a malaria drug which was patented and sold to an international pharmaceutical firm.

Dr. Ribeiro practiced surgery at the Indian Bazaar, now Biashara Street. The colonial government awarded him for his social services by giving him The Order of the British Empire as well as 16 acres of land. From this land, Dr. Ribeiro sold some to Julius Campos, another Goan pioneer. Nairobi’s Campos Ribeiro Avenue is named after him.

Dr. Ribeiro died in London in 1951 at the  age of  80.  He is remembered for many things including being Kenya’s first private doctor, his surgery practice, his social services and at the very least, the doctor who rode a zebra.

In the past 15 years the Kenyan government has made great strides in preventing and controlling malaria. It has issued insecticide treated bed nets, sprayed people’s homes with insecticides and ensured that there is widespread diagnostic testing. These efforts have resulted in a significant drop in transmission rates.