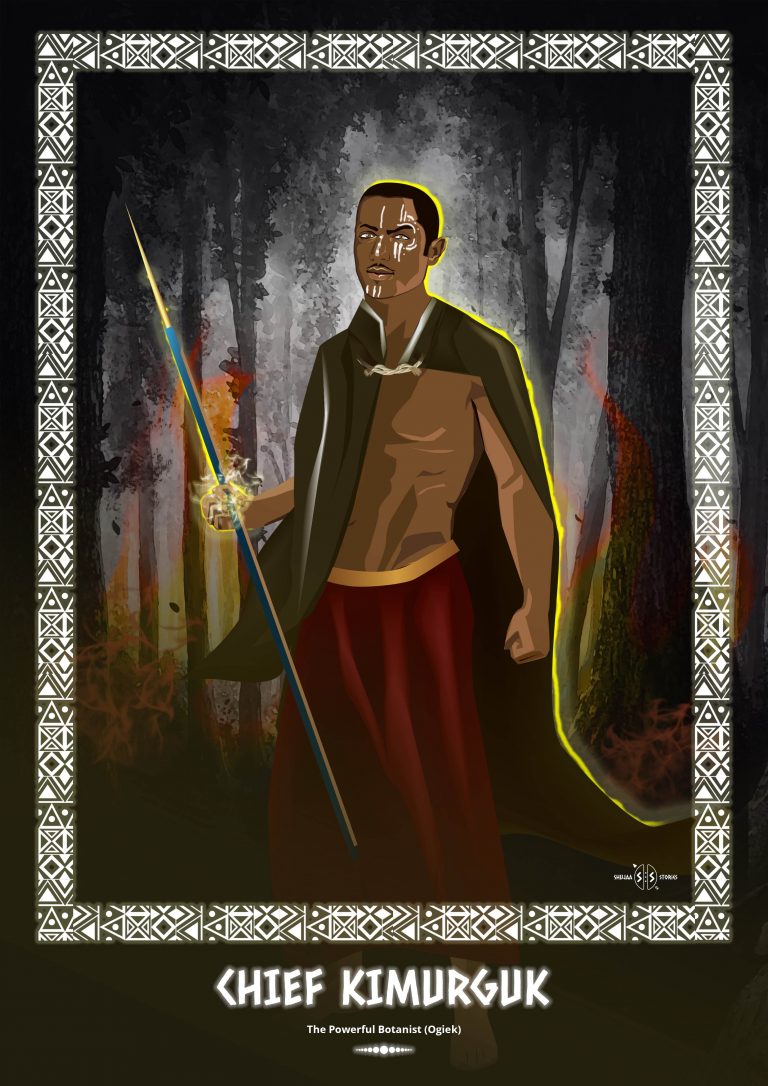 They say Mother Nature speaks to us in many ways. Listen to the wind and you’ll hear her whisper. Watch the rain and see how she speaks life into the earth. Sit under the mid-morning sunshine and feel her spread love over the world and in the case of Chief Kimurguk, observe the flowers and you’ll know when the honey is sweetest.

A great ethno-botanist and a powerful leader, Chief Kimurguk Tiwas ruled the Ogiek people with wisdom and courage. He was born in 1870 in the Kapyegon clan in Mariashoni. Later, he became an Orkoiyot, a hereditary chief. Chief Kimurguk passed on knowledge about the Ogiek to the rest of the community; a very important role of the orkoiyot.

The Ogiek, one of the oldest communities living in the Mau forest held the forest in such high regard. The forest not only provided them with food and shelter but also with kumiat (honey). Being an ethno-botanist, Chief Kimurguk was an avid teacher of young Ogiek in apiary and hive making from mature cedar trees. He also passed the knowledge of the use of kumiat as a preservative for smoked meat (a single buffalo preserved in honey could feed a family of five members for a period of up to three years).

He knew that in periods of scarcity of meat, honey could be used as a nutritional addition. However, honey was mainly traded with neighbouring communities and used for payment of bridewealth.

Kimurguk resisted colonial rule and alienation of Ogiek forests. He also ensured that the Ogiek voices of determination in asserting and retaining their land rights were heard and respected. When he appeared in the Carter land Commission sitting in Molo on October 17, 1932 said, ‘We are totally different from Lumbwa (referring to Kipsigis), they have their own land and we have our own… we are not going to leave our land under any circumstance…’

Kimurguk’s efforts were not in vain as the British failed to evict them from their land in Mariashoni to Narok, as planned. The British however made them stay in villages, as opposed to the Ogiek clan-based system. For those living in savanna in Narok, he advocated for their return to their ancestral homes in Mariashoni areas in Mau forest.

Despite how bright and beautiful a flower may be in its bloom, a time must come when it withers and dries up and for Kimurguk, this was in 1947 when he died. After his death his brother, Kuresoi, was appointed a chief alongside Sururu Kitango from the Sururu area of Mau.

The Mau Forest is a globally recognized UNESCO World Heritage Site. It comprises 22 forest blocks and is a key water catchment area, with 12 rivers feeding into major lakes and parts of Western Kenya. The Mau Forest is home to several tree species, endemic birds and wildlife. The forest has been traditionally inhabited by Ogiek people, whose hunter-gatherer lifestyle is sustainable. However, the forest has been at the center of news on forceful evictions. Large parts of the forest area have also been cleared for settlement due to immigration from other ethnic groups.