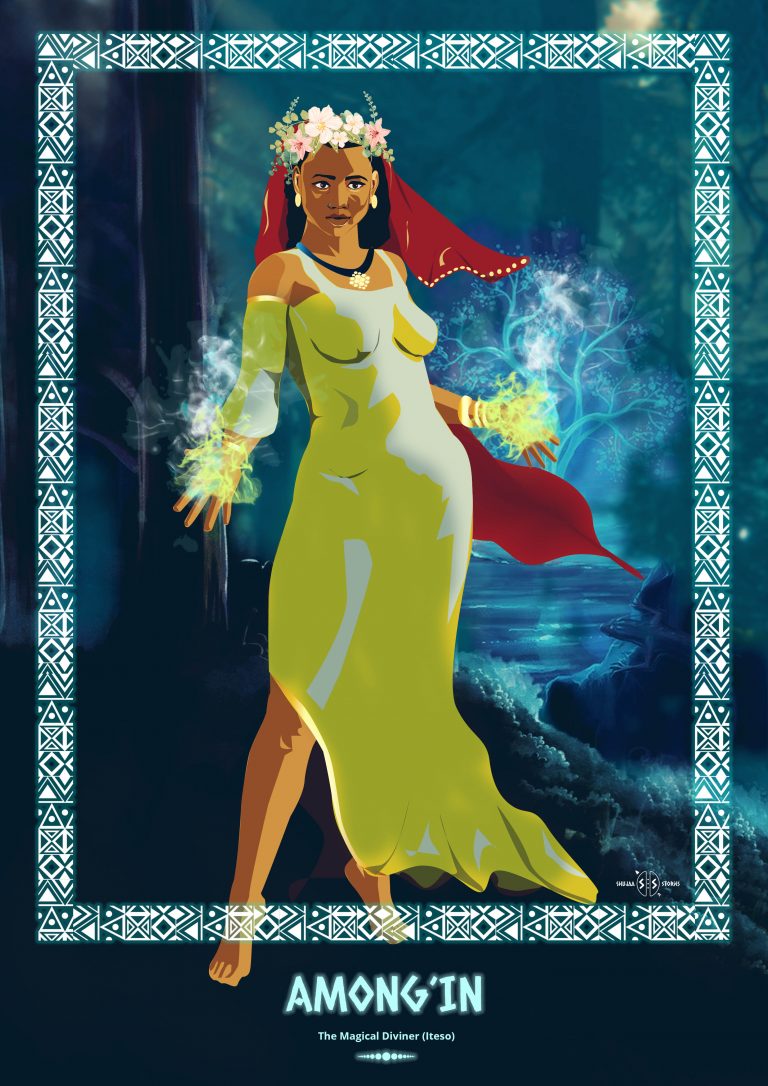 The Iteso people live in Busia County of Kenya, South of Mt. Elgon. Behind every successful man is a woman and in this case, behind the successful Iteso community, was Among’in. Among’in was the wife of Oduk, a great Iteso field-marshal. She was a famous prophetess whose battle premonitions were behind the victory of the Iteso people over the Ababukusu, Abagishu, Sabaot and Karamajong.

Her powers were so well respected that other diviners from far and wide sought her counsel and prophesies to give guidance to their own people.

It is said that Ajeet, the greatest female warrior of Ngariam, part of Itseo but located in present day Uganda on the other side of the Mt Elgon, sought counsel from Among’in and using Among’in’s prophecies, she defended Ataker Iteso from Karamajong warriors.

Legend has it that Among’in also foresaw the coming of the Europeans. Among’in provided spiritual guidance and military strategies critical in building the war machine that is the Iteso people, leading to the expansion of their territory across East Africa.

Mount Elgon is an extinct shield volcano which lies north of Kisumu and west of Kitale, on the border of Uganda and Kenya. The mountain’s highest point is named “Wagagai” and is located entirely within Uganda. Although there is no verifiable evidence of its earliest volcanic activity, geologists estimate that Mt Elgon is at least 24 million years old, making it the oldest extinct volcano in East Africa. The mountain is the catchment area for several rivers such as the Suam River, which becomes the Turkwel downstream and drains into Lake Turkana, and the Nzoia River and the Lwakhakha River, which flow to Lake Victoria. The area around the mountain is protected by two Mt Elgon National Parks, one is in Kenya and the other in Uganda.