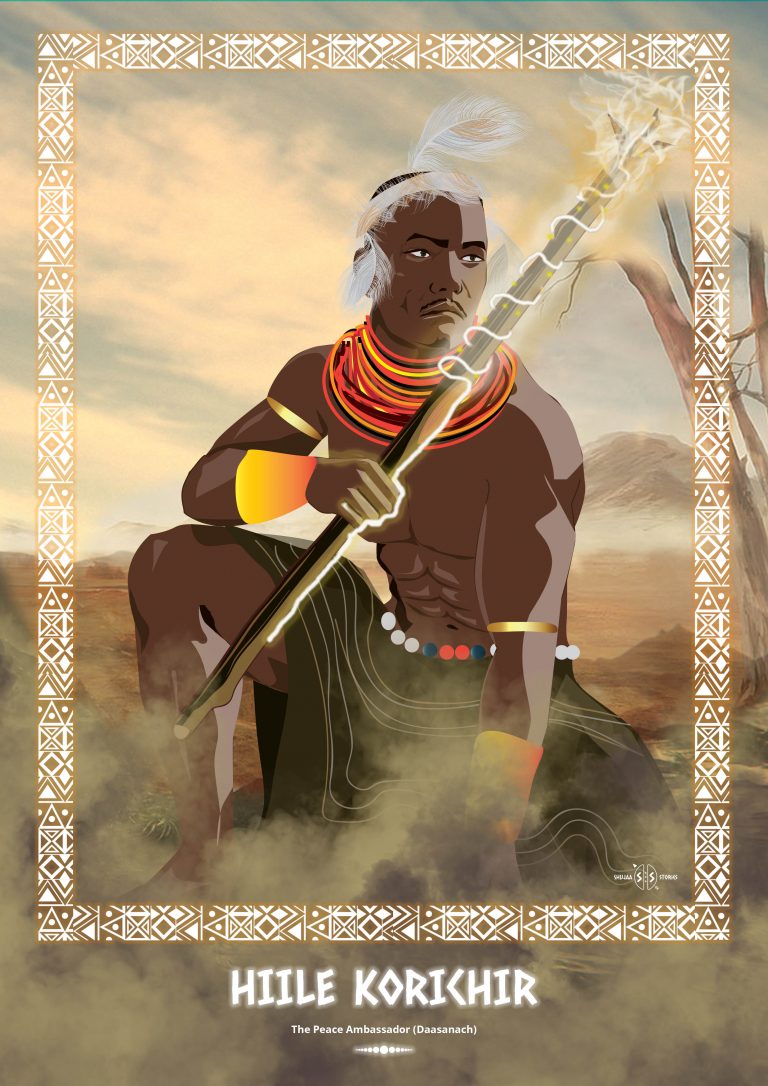 From his childhood Korichir noted that, while his neighbours, the Gabra and Hammar enjoyed a relatively peaceful co-existence, his community, the Daasanach lived in a state of endless conflict with their neighbours.

As a normal practice among the Daasanach he was a herdsboy. He also learnt the community history, customs and traditions through apprenticeship. Korichir was keen on understanding Daasanach culture. And because of his keen and observant nature, his kinsmen knew, even at that early age, that one day he would become an important person among the Daasanach.

Korichir was baffled by the never-ending conflict between his people the Daasanach and their neighbouring communities. For the Daasanach, the Gabra were considered their major enemy tribe. The conflicts were caused by competition over resources.  Further, differences in language and culture between the Daasanach and their neighbours made them stand out and contributed to enmity manifested by frequent incidences of cattle rustling. Over time these neighbouring communities developed a deeply entrenched history of hatred and fighting.

At the height of these raids and warfare, a generation of young warriors from each community was wiped out. Korichir decided enough was enough! He met up with elders and convinced them to agree to make peace. He devised peace ceremonies which included several meetings and ritual sacrifices between the three communities. During these rituals, spears, bows and arrows were buried as a symbol of peace. The three communities agreed that whoever broke the peace agreement would be cursed.

The Omo River, also known as the Omo-Bottego River is in southern Ethiopia and is the largest Ethiopian river apart from the Nile Basin. Its course is entirely contained within the boundaries of Ethiopia, and it empties into Lake Turkana on the border with Kenya. This river is the principal water source of the Turkana Basin.